We don’t have journalists anymore. Journalism is dead. At some point in 2030-2040, they stopped educating people, and they started persecuting those who tried to suggest an alternative agenda than the Government version. Just like they did in eastern Europe in the previous millennium and fifty years later in the western hemisphere.

Here is a list of known whistleblowers of whom many were journalists.

In 2000, they threw journalists in jail and some countries also killed journalists. They slowly eradicated journalism. Today, there are no independent news reporters and no journalists.

For a long time, they flooded the Internet with fake news. People made insane amounts of money on fake stories because the audience wanted sensation. In 2020, AI took over and began producing articles and stories. Billions and billions of stories found their way to Internet news blogs. Some of them were true because the AI wrote them based on facts, but most of the stories were fiction. Big Corp. created a narrative for us. The story they wanted us to believe.

They got so powerful they could censor everything. Today they control the media. They own them. They control everybody. They own us.

Almost no one dares to speak their mind in public, where Big Corp’s ears are listening everywhere.

Independent news media is dead and has been for a long time now.

Today’s news is pure propaganda. It’s a false narrative. A scripted reality. A FALSE fabricated story they are running on every platform possible to program our minds.

To get an idea of the extent of this manipulation, try to understand this:

USSR – Union of Soviet Socialistic Republics did never see even a vague shadow of true socialism. The fact is that USSR was a totalitarian regime. Not a coalition of socialistic republics. They labelled fascism as socialistic in order to deceive an entire population.

The People’s Republic of China was never a Republic for the people. Like USSR, it was a handful of despots who seized power and again labelled totalitarianism as socialism to make it easier for people to swallow.

A concrete wall and barbed wire surrounded DDR – the Deutsche Demokratische Republic to make sure people didn’t escape ‘democracy’. They were as fascistic as China and the USSR. But they labelled it Democratic.

And now in 2067, they call us “The Free Globe”. Once again, they show stupidity – believing we buy it. The globe has never been more locked up than it is now. Noone is free. Everybody is a slave of the government. They sensor everything. They control everything.

News are manipulated to create consent and they are fabricated by Big Corp’s communication branch.

I remember my granddad reading in an old-fashioned paper. Yes, it was paper! Printed with the news. He sat in his rocking chair on his porch with his pipe and a cup of coffee in the morning and spent an hour reading the paper with yesterday’s news. Yes, the news was delayed because of the printing process at that time.

Once upon a time, there were a lot of independent news outlets. But along the way, some of them got bigger and more wealthy and they started buying each other until only one was left. They got unhealthy big. And that is owned by Big Corpo now. Artificial Intelligence makes most of the headlines and broadcasts and only a very few people oversee the process. Mostly because AI only rarely needs human intervention. They still haven’t found a way for AI to be self-aware, loving and caring.

I don’t think they will ever be able to find a substitute for love and consciousness. They can’t. Humans can do something with their hearts and minds computers cannot. They can be present and aware. 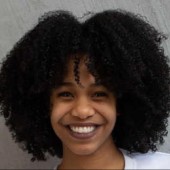