Trinity Sisters – Dirty Business. This fabulous book written by Debra Quincy is a smooth read for anyone interested in justice.

At the age of 5, Debra travels with her mother back to Korea to escape a drunk and violent stepfather, but shortly after arrival her mother is brutally killed and even though she has relatives she ends up living in the streets as she has a hard time relating to people.

She learns to be a skilled pocket lifter and after an incident with the local mafia boss, she becomes his right hand and helps organize his business doing drugs, gunrunning, art theft, grand theft auto, and electronics.

Thirteen years later Debra, goes back to London, joins the army, and is sent to Afghanistan to protect pipelines for the US and opium production for the CIA. She is captured by a Russian renegade KGB operative Lev, after a Chinook crash where she was the only survivor.

Tortured for weeks but rescued by an American ‘outlaw’ Goldie and his friend, a former mercenary Snyper that accidentally was present in the Afghan mountains to relieve Lev a ton of weapons he had stashed in a cave after the Russians left the country in 1989. Both are from Santa Monica.

They flew from Afghanistan over Pakistan by night in Psycho’s old Sea King, which he got by blackmailing his former employer in Central America – The CIA and sailed from Karachi to Miami in Snypers huge Yacht after killing Lev and 15 of his men on a cold godforsaken mountain.

Debra got separated from her sisters when she left London, but a lot of strange coincidences bring them together after nineteen years. Their stories are even worse.

Lenora was abused by her stepfather, ended up in the streets of Detroit hiding from the police, and lived there for four years.

Angelica became a junkie in the streets of London for thirteen years and was trafficked to Albania.

But where is the Sisters’ real dad and what is his secret?

Dirty Business is about trafficking.

Lenora was abused by her stepfather for ten years. Angelica was trafficked to Albania.

A high number of local traffickers were relocated to past tense when Debra, Lenora, Dave, Goldie, Psycho, Tipsy, Garcia and Coach totally flattened them to find Angelica. Nothing could stop them. They were only a handful of fierce fighters against the entire Albanian mafia. But this is not about numbers. This is about how determined they are to reunite the family.

Dirty Business is also about finding somewhere to belong. Family and friends. Establishing relationships that were programmed to fail from childhood.

Dirty Business is a book about true leadership. Owning yourself, your emotions, your needs and your actions. Dave calls it Extreme Leadership. Dave was a criminal and a mercenary all his life. But a great judge saved his life and Dave took the opportunity to straighten out his life.

Dave and Debra met in the Afghan mountains. On Kohe Mondi to be specific. Above the snowline. Debra was held captured after a Chinook crash where she was the only survivor. A bunch of Russian renegades had their own private army of mercenaries. They were fifteen but Dave and Goldie massacred them all and took Debra back to the Yacht in the Arabian sea and sailed back to the US.

Debra found her first true friends in Dave’s platoon and she became part of it on later missions in Tunis, where Dave and she broke into Rabta jail and extracted Ghait through storm drains and narrow tunnels. They took him to the Mediterranean sea and escaped in a small submarine.

Ghait once saved Dave’s life so when Ghait’s wife called Dave, he was more than ready to pay back his debt to Ghait.

To this date, the authorities in Tunis don’t know how Ghait escaped – unless of course if they read this book.

Once back in London they took down an auction for women. Women were sold for 50-100.000 pounds and virgins were sold for at least half a million pounds. So in this case the clientele was high-end buyers. State officials, oil sheikhs or just perverted billionaires. 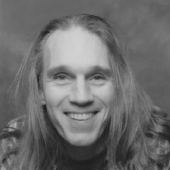