What happened to the Nord Stream pipelines?

Events leading up to the explosion

Here is a chronological list of events leading up to the explosions:

June 17. BALTOPS 22 ends. This is a NATO exercise in the Baltics consisting of 47 warships, 89 aircraft and 7.000 soldiers in the Baltic Sea. This exercise was focused on using unmanned underwater vehicles to clear sea mines. (And maybe mounting some down there too…) These excercises were conducted east of Bornholm – where the explosions occurred.
Details here.

Sep 19. Danish prime minister is in the US for the opening of United Nations General Assembly (UNGA) 2022.
Read here.

September 29: A third and probably also a fourth explosion in Nord Stream pipelines has been registered during the week in the Baltic Sea. This was reported by the Swedish Coast Guard on Thursday morning. Each explosion is according to seismic readings equal to several hundred kilos of explosives.

Same day the Baltic pipeline opened (from Norway) through Denmark and Germany.

The Nord Stream runs from From Vyborg, Russian Federation, passes through Gulf of Finland and Baltic Sea To Lubmin near Greifswald, Germany. Each pipeline consists of TWO trunk lines so we have four pipe lines all in all. They are 759 mi (1,222 km) and the depth at the crime scene is approximately 200ft (70m).

The pipelines is made of 4.1 cm steel and coated with 100mm steel armed concrete coating. So it takes a fair amount of explosives to damage these lines.

Was it an accident?

Considering 3 of the 4 pipelines probably have been damaged it is not likely an accident.

Swedish and Danish authorities have registered 3 leaks with a few hours in between. From the seismic data it is possible to see the magnitude of the explosions and how many occurred. It is also possible to relate the Richter readings to explosives. This means that each explosion was an equivalent of several hundred kilo TNT. The explosions wasn’t directional. If they were a lot less explosives would have been needed. The advantage of non-directional bombs is they can be lowered from the surface and put next to the pipe lines whereas directional bombs demands experts on site.

We can look at two main reasons for the attack:

Russia covered until 2021 40% of Europe’s gas needs. Russia claimed that due to sanctions they had to turn down gas production and eventually they were completely closed. Foreign contractors deny they are under restrictions.

Since The Bush government the US have tried over and over again to take that market from Russia and export their gas to Europe. It seems they are about to succeed. It is a brutal way to get into a new market, but the US has done the same thing in countless other countries to get control over minerals, oil and gas. Venezuela is a study going on atm. invasions in Iraq and overthrowing the government in Iran ensured control over oil and gas from the middle east.

Who did it and how?

Is it a state actor? A company? Or an act of war (military elite team)?

This is not a typical Navy Seal Operation. We would have used two precision bombs on each line. Eight in total. They are easier to transport, more efficient, and you are certain the job gets done! And 200 ft. is a no-brainer.

I find it strange if several hundred kilo explosives were used and lowered – it is NOT easy to make sure they land correctly. Even with Sonar equipment, it isn’t an easy job. It looks kinda amateurish to me. Absolutely not a SEAL team job! Maybe that is the reason only 3 of the 4 pipelines are damaged. Did the fourth explosion fail? Maybe it is meant to look amateurish? It is a signature and it is pointing at someone. Or meant to point at someone.

Basic Underwater Demolition / SEAL Training (BUD/S) – 27 Weeks is part of the Navy Seal Training. It is half a year of training underwater so why do it from the surface where satellites, drones and surveillance planes can watch you?

But in support of that theory it is worth mentioning that in November 2015, the annual underwater survey of the Nord Stream pipelines discovered a remotely operated vehicle rigged with explosives right next to the line in Swedish waters. The control cable had been cut and the national origin of the vehicle was never disclosed! This HAS to raise some eyebrows! It is difficult to see how this was NOT an attempt to sabotage the pipelines.

The pipelines could also be exploded from the inside. This means explosives are moved from one of the ends of the line, Russia or Germany. A smaller bomb would do it as there is gas (methane) in the lines that will explode also. The pressure inside the lines will also amplify the blast. This means it was a professionally planned job contrary to immersing explosives from the surface. And that would explain why a small explosion will read 2.3 on the Richter scale. This would point to industrial interests.

An inside explosion is very likely. This means it could be state actors as well as rogue companies.

From the Russian end, there is a little more than 620 mi (1000 km) to the crime scene. From the German side, there is 110 mi (180 km). 620 miles is a long way for a robot with a location transponder to travel while 110 seems easier. The NATO exercise could be equipped with a receiver to show where the charges were at any given time so an explosion could be in international waters.

The pipelines were shut down probably because Russia wanted to put pressure on Europe, but they told us that it was due to a lack of components caused by sanctions put on Russian imports. In this case, we are talking force majeure and Gazprom is freed from the contract with Europe. They probably can’t claim force Majeure if they shut down the pipelines to apply pressure on Europe.

Navigating a submarine in these narrow and shallow waters without being noticed is virtually impossible. Unless it is a NATO submarine hiding in plain sight during a NATO drill or a very small remote-controlled vehicle. A simple and logical answer could be: They took hide in plain sight under the BALTOPS 22 exercise in the Baltic Sea.

But Russia wouldn’t benefit from an act of sabotage.

Pipelines are run by Gazprom which is partly Russian state-owned.

On the exact same day, a new pipeline from Norway running through Denmark to Poland was opened. This means the blow-up of Nord Stream is a statement – not anything else! Just a statement! A message from the US to Russia a la Don’t fuck with the US!

In short – the leaders of this world is acting very irresponsible and in their own interest. Nobody is looking out for humanity and the globe. Mankind is shortsighted and if I was Evolution I would direct mankind to the evolutionary bin. Fast.

This is a crime scene! And at this point 5 days after the incident absolutely NO ONE have secured and investigated the site! This is extremely critical! Evidence is fading. It is VITAL to get hold of ANY evidence as fast as possible. No one seems to be interested in finding out who did it.

BUT, my guess is authorities already know what they are going to find! And no one will start accusing the United States for having damaged the pipelines. As in 2015 where no one got blamed I think this is going the same way. No matter what authorities will find down there we will never know who blew up the pipelines. The chances are someone will blame Russia but no one dares blaming the US. So we will never know for sure! 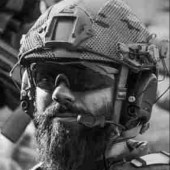 A glimpse of the future